Courtney and I were in Ft Lauderdale on vacation when we thought, what are we going to do tonight? "Aren't the Marlin's nearby?" I asked. Courtney said, "lets check it out!"
It turns out that Miami was only 30 minutes south of where we were and the Marlins were playing the Cubs!
So began our journey to see every Major League ballpark before we die!
ps...some of these posts are retroactive since we did not have a blog then, so they may not have as much detail. :)

So far we have been to: 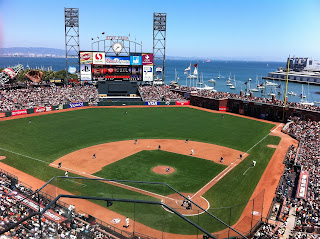